Artificial intelligence found signs that pathologists had not noticed before. It turned out that the prognosis of a computer program turned out to be more accurate than the diagnosis of doctors.

For the sake of reassurance it should be added that the best predictions were those that combined the predictions of AI and doctors, reports Nature Communications.

The neural network was created by scientists from the Japanese Center for Advanced Intelligence, RIKEN, in collaboration with university hospitals. The program without annotations successfully revealed the features by reading images of tissue samples of cancer patients.

Experts used the technology of “teaching without a teacher”. Instead of “teaching” artificial intelligence medical knowledge on their own, they involved uncontrolled deep neural networks – autoencoders. Scientists believe that if AI teaches a person – he will not reach knowledge higher than human. 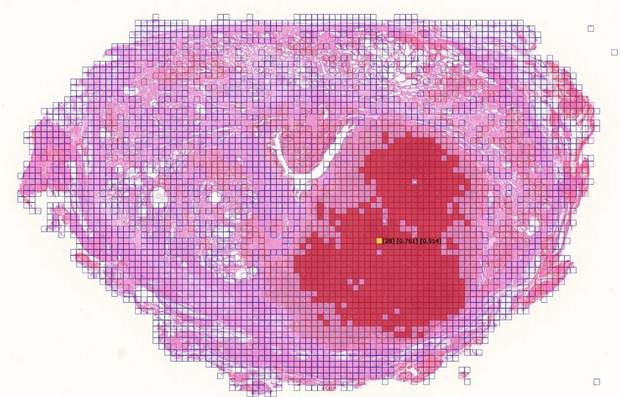 For analysis, the team used 13,188 shots of the prostate tissue at the hospital and processed them using the powerful supercomputer AIP RAIDEN. Artificial Intelligence has learned to use pathological images of 11 million patches on its own.

The AI ​​has identified features of a special connective tissue that supports internal organs in non-cancer related areas. Experts did not know about these signs of relapse before, but it turned out that this criterion for diagnosis is extremely important and more accurate than diagnosis on the Gleason scale.

Subsequently, the scientists confirmed their findings on the images of patients from other hospitals to exclude features of the technique or protocols, but the results were still confirmed.

The developers believe that the technology will make a huge contribution to personalized medicine, as it is capable of making highly accurate predictions of cancer recurrence by analyzing the images of the specimens.

The undisputed open was that AI can find such features of diseases that people have not yet noticed.

InformConsult
Take advantage of a comfortable and skilled IT systems with us.

We in Social Network